Thank you! Your submission has been received!
Oops! Something went wrong while submitting the form.
Back to list of entries 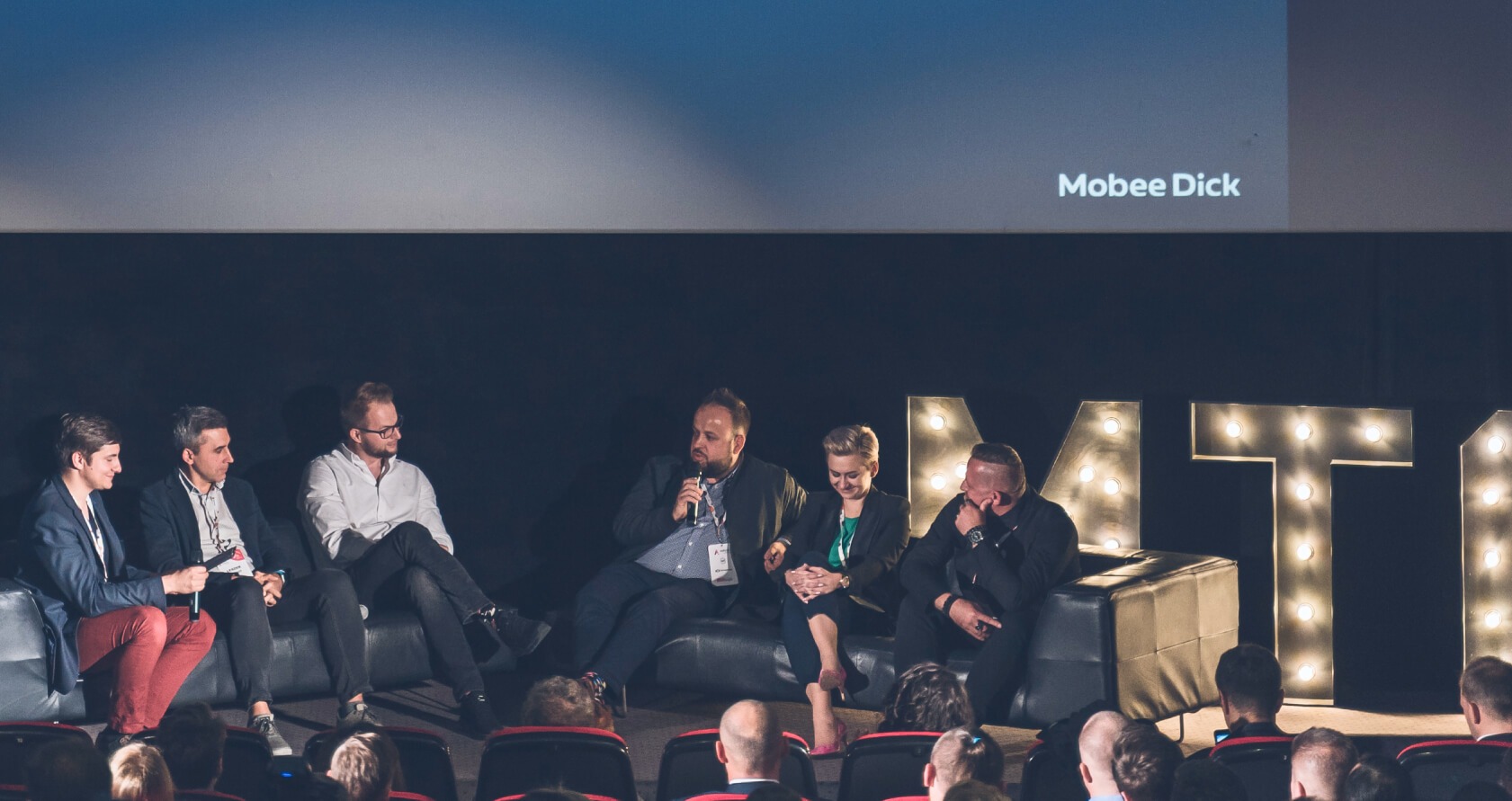 The future of the Polish banking sector. Forecasts of market leaders

It doesn't happen often - representatives of the Polish financial sector from five leading institutions met during a panel organised by Mobee Dick's team. The joint conclusions of the discussion participants are a must-read for anyone creating digital services for the financial world.

The discussion, led by our Strategist, Konrad Olejarczyk, featured:

How is the structure of banks changing?

The panel discussion was an opportunity to talk about changes in the approach to creating digital banking services. Paulina Skrzypińska from BNP Paribas Bank Polska pointed out that the goal is first of all to create simpler products and to simplify the communication related to them in order to make them more customer-focused. This can be achieved through teams made up of people who have so far worked in separate silos.

- I always say that our customer is not at all interested in what part of the bank they are served by. What matters to them is the final experience.

Bartłomiej Dajer from Credit Agricole Bank Polska also mentioned the organisational changes brought about by focusing on the customer perspective:

- There is a noticeable shift in our organisation away from traditional 'table', transactional banking and towards strategic thinking - 'customer thinking'. UX Design itself is only the "tip" of these changes - what the customer sees. Revolut, but also other fintechs, have made banks more open to new initiatives.

Revolut itself, as a model example of success in the financial services sector (almost 8 million customers worldwide), became a natural point of reference for many parts of the discussion. Karol Sadaj emphasised at the same time that currently the biggest challenge the British fintech faces is global expansion, with the company's CEO, Nikolai Storonski, planning to hire 3500 new employees within a year!

Łukasz Kuc, Head of Digital Channels, PKO Bank Polski, noted that staff changes are a challenge for the entire industry:

- We have doubled the number of employees who develop electronic channels. (...) There is a 'battle' for people throughout the industry developing financial services.

Konrad Olejarczyk, who moderated the conversation, noted that the customer is now in a way becoming the bank's collaborator, as they are increasingly invited to create the product. How do the organisations whose representatives took part in the interview engage customers?

Łukasz Kuc, who was responsible for creating the UX department at PKO Bank Polski, mentioned the change that took place in the largest Polish bank.

- The customer is at the centre of attention regardless of the business line, the segment, no matter how much cash they have in their wallet.

Leszek Piekut stressed that at mBank clients are actively involved in testing prototypes, and there is a Design Thinking team that invites them to design and co-create services.

Taking this perspective into account also involves simplifying communication between the institution and the customer, getting closer to the user, as Karol Sadaj of Revolut pointed out. However, it is not only about how we communicate, but also about what kind of communication we enable our customers to have.

- On Revolot, when sending a transfer you can add a GIF. It seems funny, but it turned out that ¼ of people send these GIFs. (...) We try to make the financial service similar to their world.

Can the most difficult banking services strongly associated with a bank branch, such as mortgages, be dealt with within a mobile app? As Karol Sadaj pointed out, at the level of communication, the challenge remains regulations, which affect fintechs just as much as traditional banks.

Another important thread of the debate - the sale of banking services and the context of regulations defining the possibilities of financial institutions.
The process of purchasing a service should be 100% digitally enabled, stressed Leszek Piekut, mBank expert.

- We treat mobile as one of the omni-channel communication channels. A customer who stumbles at a certain stage, we are able to intercept and continue the process in another channel.

A similar point of view was presented by Bartłomiej Dajer from Credit Agricole. Łukasz Kuc from PKO BP mentioned in this context the role of regulatory institutions. As he stressed, it is difficult to say that fintechs such as Revolut are competition for Polish banks, because they operate according to different rules - they are not controlled by KNF.

On the other hand, Revolut, because of its scale, is under intense scrutiny by the UK Financial Conduct Authority.

- I would be far from saying that we have 'loose regulation'," noted Karol Sadaj and mentioned the numerous security solutions that his company implements.

Banking products or Value Added Services - what else can you add to your app?

Is it worth supplementing banking applications with services not associated with the industry? If so, which 'VASs' (Value Added Services) carry real value? The invited experts shared their experiences in this field as well.

Leszek Piekut of mBank stressed that technological solutions should not attack the user with an aggressive offer, but offer a service when the user actually needs it. It is also important to simplify the offer so that its content is clear and can be ordered on a 6-inch screen of a mobile device.

Łukasz Kuc drew attention to the general tendency of users to reach for fewer and fewer apps, which nevertheless meet an increasing number of needs. Describing the details of the in-app ticketing service, he mentioned an additional feature - a push notification two minutes before a timed ticket expires. This detail proved very valuable to users.

Leszek Piekut added that the key is not whether to add VAS at all, but which ones to go for. Paulina Skrzypińska of BNP Paribas agreed with this view:

- For me, the biggest challenge when it comes to VAS is to be able to determine whether a service is of real value to the customer. (...) We need to prioritise - what to invest in and what to simply let go.

Bartłomiej Dajer of Credit Agricole, in turn, noted that it is worth offering services that we use frequently (public transport tickets, parking) as part of VAS. Services that we use very occasionally and, in addition, are not directly related to financial services, turn out to be just a "flower for the goat".

Cooperation with other entities

The bank-start-up joint action was perhaps the most lively part of the discussion.

Bartłomiej Dajer mentioned that companies that automate and optimise a bank's internal processes are the most important on the Polish market. An example could be machine learning tools used in anti-fraud systems.

Leszek Piekut of mBank noted that the value of fintechs lies in capturing one specific user problem.

- We can take one ready-made, highly refined solution and not devote our resources to it. I see such cooperation in the area of security, for example.

Paulina Skrzypińska from BNP Paribas appreciates the speed of implementation - often the effect of the contractor's work appeared after just 6 weeks.

- What a start-up means by 'fast' is very different from what a bank means by that word.

The BNP Paribas espert also highlighted a change in the way such cooperation is understood.

- Fintech is not treated as a 'vendor' that gets the job done. We try to work together and build a team.

A different view on cooperation with start-ups was presented by Łukasz Kuc of PKO BP.

- Some companies call themselves start-ups and usurp the right to reach out for a great deal. It's a fad, a buzz and a sheepish rush at the moment.

Paulina Skrzypińska added that she is aware of the weaknesses of the Polish start-up environment, such as the lack of business and technological competence. The cover of "Forbes" is not everything.

Now confirm your e-mail address in the message we have just sent to you.
Upsss...! Something has gone wrong. Please make sure that the email address you entered is correct.

Hola, hola, this is not the end! The rest of the article is under the banner.

Banking for the youngest

Financial services for the youngest is a retail product unique in banking, dedicated to a very specific audience to focus on.

Łukasz Kuc, who worked on products such as SKO and PKO Junior, pointed out that in designing services for the youngest, the parent and their entire environment is extremely important.

- A service for a child must be understood by its parent, because it is the parent who will decide whether it is good or not for their child (...) In this type of product the details are important.

Financial sector development - what is worth paying attention to?

What are the conclusions of the moderator of the meeting, and at the same time strategist Mobee Dick specialising in banking solutions? Here is Konrad Olejarczyk's conclusion.

Customer centricity in banking and finance is now standard. The most important institutions take customers' needs into account when creating and communicating products. The challenge is to take action within this trend, tailored to the needs and capabilities of a specific organisation. It is worth taking advantage of the opportunities they present:

However, all these paths share a common difficulty: finding the right people. In addition to the strongly articulated problem of recruiting for in-house teams, much has been said about small firms that want to partner with larger organisations. These companies definitely need to improve their flexibility and get to know the banks they want to work with much more thoroughly, including on the technology side.

Shaping processes that support customer-centricity will guarantee good use of market trends. Choosing valuable products and services, responding to regulations and security requirements, changes in communication or educating a new generation of conscious users are challenges that will benefit from an appropriately shaped Design Culture.

The future of the Polish banking sector

Are you interested in the development of digital banking in Poland? A report prepared by Mobee Dick experts - 2019 State of Digital Trends: banking and finance - will be released later this year.

The authors looked at key global trends in the financial industry and analysed digital products and services that effectively exploit the source of these trends. Our team evaluated the adaptability of selected solutions on the Polish ground and prepared recommendations allowing to effectively use the potential of each of the 7 trends described in the report.

Join the waiting list for the report now. We will notify you as soon as it is available.

Hola, hola, this is not the end! The rest of the article is under the banner.

Now confirm your e-mail address in the message we have just sent to you.
Upsss...! Something has gone wrong. Please make sure that the email address you entered is correct.
Share

Questions? Get in touch with us. 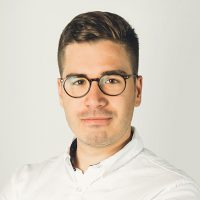 He specialises in UX writing - designing experiences with words. As a content designer, he has worked for clients such as OLX, mElements (mBank Group), Twisto, PLL LOT and STS.

Design
The Design Process at Mobee Dick - or how do we work?

Read
UX Writing
Conversational design - what is it and why should it be implemented? 6 examples from the communication of well-known brands